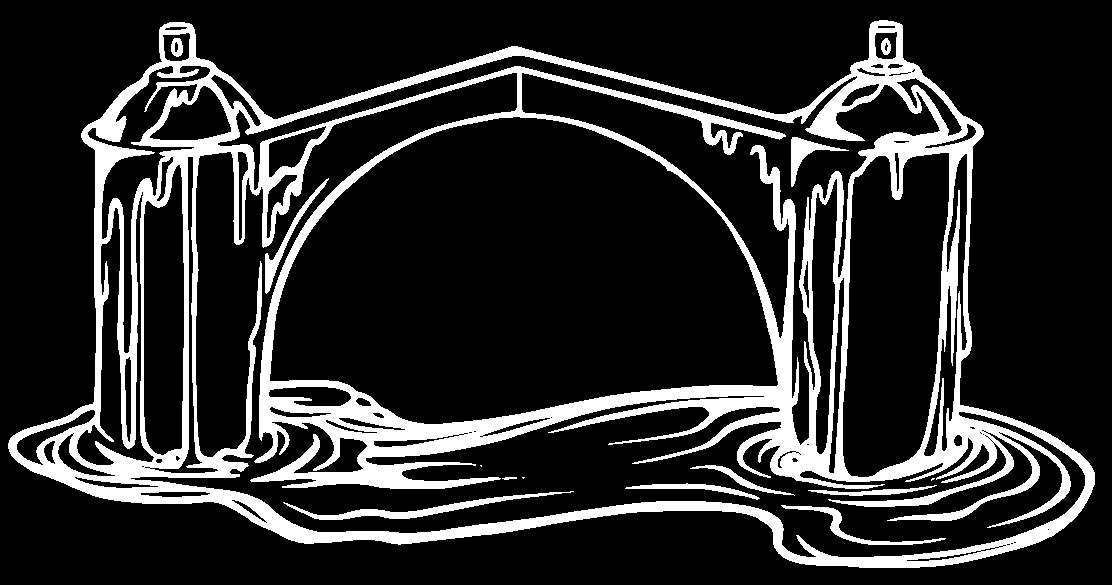 Bridge Concept is cultural exchange program between artists from Mostar, Sarajevo, Tuzla and Berlin trough street art and music. The idea is to bind these four cities trough the realization of cultural programs and art interventions in public space during the 7th Street Arts Festival Mostar.

The project envisaged two activities which were implemented within the frame of 7th Street
Arts Festival Mostar: mural panting and one music event. In regard to aforementioned, one of the most recognized abstract street artists from Berlin, Johannes Mudinger, painted a mural on one of the city buildings contributing to the developing street art scene in Mostar. Additionally. Mudinger visited the orphanage in Mostar and held art workshop on wall painting with the children. Another activity within the project was the performance of DJ Andre Schone from Berlin together with local DJ’s in the frame of ‘’StreetArtura Vinyl
Box’’ event of the Street Arts Festival Mostar. This event was one day conceptual program including a DJ workshop for youth. The aim of these programs and art actions was to empower relations between artist from Mostar and Berlin, and to create positive social reactions and multicultural connections.