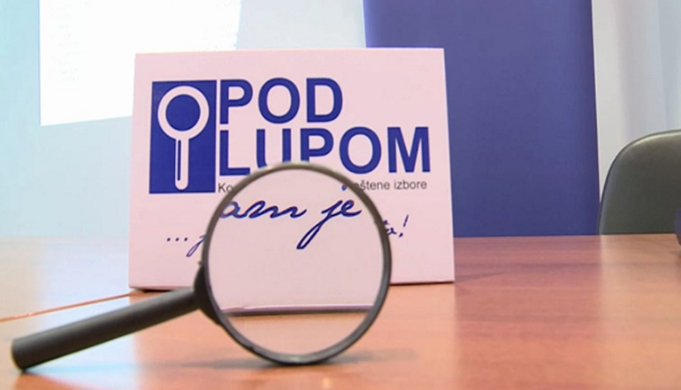 Donor: European Union, Government of the United States of America and Organization for Security and Co-operation in Europe

The STEP Project is implemented by the Coalition for Free and Fair Elections “Pod lupom”. The Coalition consists of five NGOs from all over Bosnia and Herzegovina:

The STEP Project will directly increase the strength and visibility of civil society organizations (CSOs) in civic election observation and support the development of civil society in the democratization process in the Bosnia and Herzegovina, covering two election cycles: Local Elections 2020 and General Elections 2022. The Project seeks to strengthen civic participation and strengthen the CSO movement across the country to support free and fair elections, while reducing the risk of electoral fraud and manipulation.

Through the Project, a series of activities were designed and they are divided into five components following the imperative of capacity building of CSOs in order to strengthen the civil sector for sustainable election observation activities in the future. STEP consists of five components:

The Coalition was established in May 2014 with the aim of implementing a project of civic, non-partisan observation of the 2014 General Elections.

The main activity of the Coalition is election observation. So far, the Coalition has observed the 2014 General Elections, the early local elections in seventeen municipalities, the 2016 Local Elections, the first elections in the newly formed Stanari Municipality, the repeated elections in Stolac Municipality, the revocation of Lukavac Mayor, the 2018 General Elections and Local elections  2020. About 10,000 observers were engaged in all these elections. In addition, the Coalition conducts research and development of international comparative analyzes, monitoring sessions of the BiH Central Election Commission, organizing round tables and conferences bringing together representatives of legislative institutions, the election administration, the international and academic community, the media and civil society. The coalition advocates the improvement of the election process in all its segments. In addition to the above activities, the Coalition also educates young voters during the election year, in order to motivate and encourage them to actively participate in the election process.

The Coalition “Pod lupom” is recognized as the driving force of the civic electoral and democratic awakening. Civic groups and individuals, as well as civil society organizations, take over the values ​​advocated by the Coalition, which makes this initiative a strong and organized civic movement in BiH.

The coalition is improving the electoral culture and processes in BiH. In its work, the Coalition respects the following principles: impartiality, ethics, transparency, professionalism, innovation, responsibility and solidarity.

THE ROLE OF THE LOCAL DEMOCRACY AGENCY MOSTAR (LDA MOSTAR)

The activities of LDA Mostar were related to:

Here you can see Short overview on the implemented activities