Projects realized in cooperation with IPSIA, a partner organization of LDA Mostar 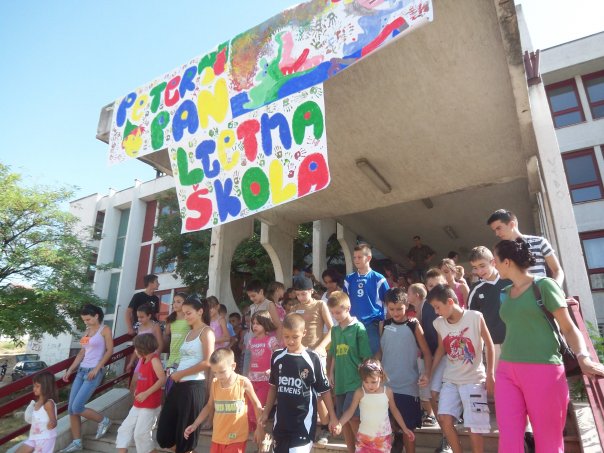 Projects realized in cooperation with IPSIA, a partner organization of LDA Mostar

Project: Theater for Peace. The Tree at the centre of the world

Discription: The aim is to bring together children from different schooling systems in Mostar using the theatre and the valorisation of their local culture through artistic workshops.

Activities implemented in 2008:
• workshops on Puppet Animation for children from both sides of Mostar
• creation of a brand new Puppet Show based on a traditional tale, promoting dialogue values
• video shoot and DVD of all children with pictures and backstage for all the children participating

Discription: The project aims to promote the value of volunteerism among youngsters including 8 secondary school students from Mostar in the team of volunteers who animated a summer camp for children organized by IPSIA in August 2008 in Mostar

Activities implemented in 2008:
• Training for young volunteers with field visits to Porodicni Centar (Family Centre), LDA Mostar Resource Centre for Democratization and Sunce association.
• Support in equipment for the VI primary school in sport activities and Elektrotehnicka škola for the library
• Realization of summer camp in august 2008 with the participation of youth trainee-volunteers
• Final exchange trip in Italy in October 2008 in order to share experience about volunteering and associations in the area of Milan.

Discription: LDA Mostar, in cooperation with ARCS and IPSIA cooperated to offer four different Italian language courses (60 hours lessons) for a wide range of students in Mostar. The courses were held
by four Italian civilian service volunteers who spent 10 months in Mostar. “Džemal Bijedić” University and “University in Croatian language” in Mostar collaborated in promoting two different Italian courses
(basic and advanced) to the students that took place at the IUCMostar, a hall managed by the University of Granada along the Bulevar shared by the two universities. The enrolment was open to all the students and was free of charge.

Donor: European Youth Foundation of the Council of Europe and Youth In Action programme of the European Commission

Applicant: Youth Express Network “From Exclusion to Integration”, which is a network that gathers 30 youth and social organizations from 15 countries in Europe.

Description: This project consisted of a 12-day route through Croatia, Serbia and Bosnia-Herzegovina for social and cultural cooperation in the Balkans. The itinerant “sunshine bus” was realised in May 2008, involved 25 international local teachers, trainers and social workers. The sunshine bus organised mobile seminars, exhibitions, debates, concerts and shows. The European group also prepared contents related to
intercultural dialogue and cultural bridges. The Sunshine bus stopped in Mostar where LDA Mostar, Partner of
the project, organised 2-day activities for the group introducing them to the Resource centre for democratization and the other youth activities. They also organised a workshop with the representatives of the student councils of Mostar Universities.